On December 10, 2018, IROAST Distinguished Professor Konstantinos Kontis from the University of Glasgow paid a courtesy visit to President Shinji Harada.

The University of Glasgow, the fourth-oldest university in the UK, is a member of the Russell group comprised of leading research universities in the UK, and also has a wide international network. The university produced many well-known people in various fields including economist Adam Smith, engineer inventor James Watt, surgeon Joseph Lister, seven Nobel Laureates, three British Prime Ministers, and the inaugural First Minister of Scotland. (The University of Glasgow: 69th in World University Rankings 2019 - QS, 31st in European Teaching Rankings 2018 - THE)

The School of Engineering of the University of Glasgow and the Institute of Pulsed Power Science of Kumamoto University concluded a department-level MoU in 2014. Professor Hamid Hosano, who was the Kumamoto University's coordinator for the MoU, currently serves as the host professor of IROAST Distinguished Professor Kontis.

In a discussion with President Harada, Prof. Kontis, Prof. Hosano and IROAST Director Hiyama exchanged opinions on expanding the current academic exchanges between the two universities. As a result of this visit, further exchanges are expected. 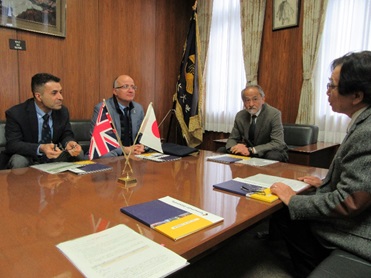 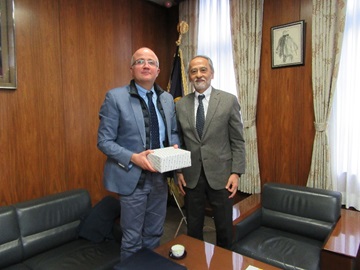 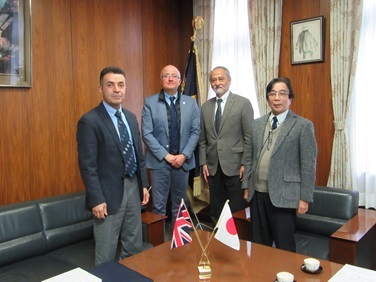