Our Earth and Sun were formed a very long time ago, about 4.6 billion years ago. Actually, the universe itself started 13.7 billion years ago from the Big Bang and so the birth of our Earth and Sun was relatively recent in the whole history of the universe. One of the biggest mysteries in astronomy is when and how the first stars were born in the universe. It is theoretically expected that first stars were formed about 100 million years from the Big Bang but there is no observational evidence for that. In fact, such stars are located so distant from us that even the biggest optical telescopes cannot observe them. Thus, our group is attempting to probe the first stars by observing hydrogen gas which is the main ingredient of stars, not stars themselves, with radio telescopes.

The 21cm line emission from neutral hydrogen is a key quantity to understand the Epoch of Reionization, where the first stars and galaxies were formed and ionized the intergalactic hydrogen. However, due to the weakness of the signal, the presence of huge foreground and the interference of terrestrial radio waves, the 21cm line signal has never been detected so far. In this project, we aim to detect the 21cm line signal from the Epoch of Reionization for the first time, using a low-frequency radio interferemeter, Muchison Widefield Array (MWA), located in Australia.

In the 100 MHz band, in addition to this signal, there are foreground radiation such as galactic and extragalactic radio objects, and their intensity is much stronger than the signal. Therefore, precise removal of these foreground emissions is critical to signal detection. We will develop methods to estimate and remove the spectrum and spatial distribution of foreground radiation using advanced statistical methods such as sparse modeling. Further, avoidance of foreground with cross-correlation between 21cm line signal and galaxies will be pursued using machine learning methods such as artificial neural network. 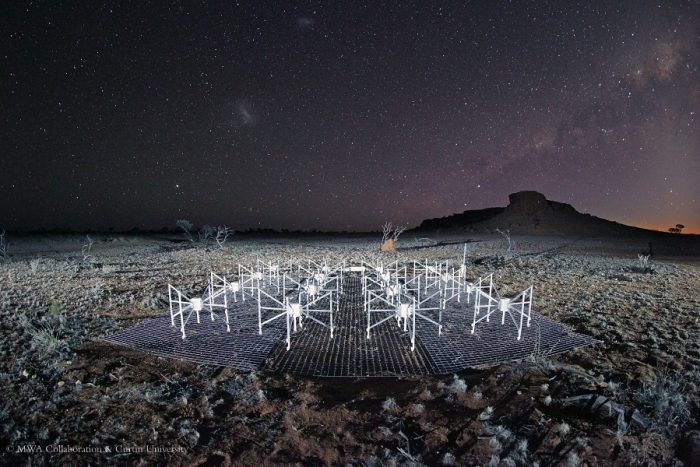